This lesser known Italian island is the second largest in the Mediterranean and a well-kept secret. Sardinia has more than 1,500 km of unspoilt coastline, dotted with sand dunes, hidden coves and spectacular beaches. It has the purest turquoise sea and a rugged interior of mountains, caves, forests, olive groves, springs and waterfalls. The island is recognised as one of the world’s Blue Zones, a longevity hotspot, with an unusually high number of centenarians. Sardinia has the Costa Smeralda, with maxi yachts and the international jetset, but also has a wildness, quietness and simplicity that reflect a truer soul.

D H Lawrence, in Sea and Sardinia, noted, “This land resembles no other place. Sardinia is something else. Enchanting spaces and distances to travel-nothing finished, nothing definitive. It is like freedom itself”. 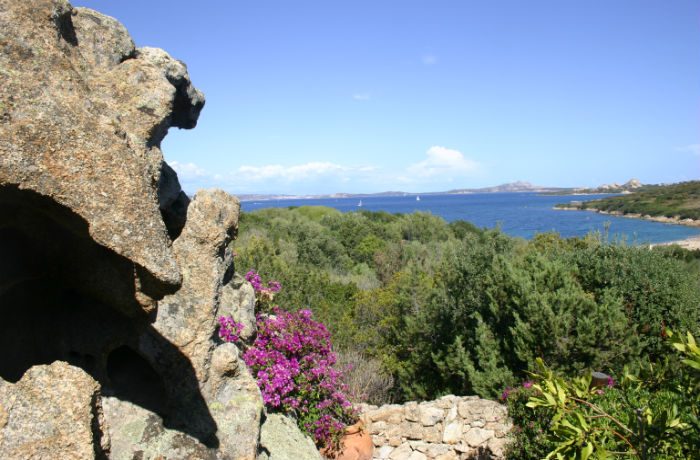 There is perceptibly a different concept of time and space in Sardinia. Many parts of the island are rugged and wild, from mountain ranges and nature reserves to hundreds of kilometres of coastline, with many beaches and bays only accessible by sea. Woods, forests and plains are still home to animals such as the wild boar, and flora including orchids as yet to be classified. It isn’t uncommon to trek for hours through the countryside without meeting a soul.

For those who seek society, there are many places that are congenial and lively, from popular beaches to historic centres in towns such as Cagliari, Alghero and Bosa. 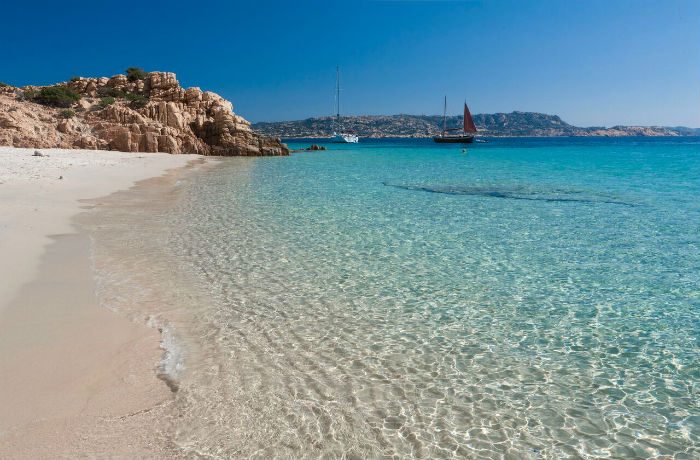 Sardinia has over 1,500 kilometres of coastline, with famously the most beautiful beaches and sea in the Mediterranean. Land and seascapes change in different areas of the island.

The east coast has a calmer sea, with areas of outstanding beauty starting in the southernmost point of Villasimius. Beaches to visit include Capo Carbonara, Spiaggia del Simius and Spiaggia del Riso.
Costa Rei is a few kilometres north of Villasimius, along a panoramic coastal road. Recommended beaches include Piscina Rei, Cala Pira, Cala Sinzias and Cala Marina.

The central east coastline in the area of Cala Gonone has spectacular cliffs and rock formations. Wild and unspoilt, some beaches can be accessed on foot, and others only by boat. Discover the beauty of Cala Goloritzè, Cala Mariolu, Cala Sisine and Cala Luna.

Travelling north to San Teodoro, the coastline has expansive white sand beaches in bays with a tropical feel, at La Cinta and Cala Brandinchi.
Santa Teresa di Gallura is on the northernmost tip of the island, with the beautiful beaches of Rena Bianca and the Spiaggia dei Due Mari.

Travelling west, the fishing village of Isola Rossa is on the central north coast, with the celebrated Marinedda beach.

Opposite the isle of Asinara, north of Alghero, is one of the most striking beaches on the island. La Pelosa at Stintino has the finest white sand and shallow water between the islands, creating an effect of remarkable luminescence. Nearer Alghero, recommended beaches to visit are Bombarde and Lazzaretto.

On the central west coast of Sardinia lies the Sinis peninsula. A marine-protected area, it has landmarks of exceptional and rare beauty. Beaches to visit include Is Arutas, with its extraordinary sand made of tiny smooth pieces of quartz, Maimoni, Mari Ermi and Sa Mesa Longa.

Heading south, to the isle of Sant’Antioco, linked to the mainland by a causeway, recommended beaches include Maladroxia, Sottotorre, Le Saline and Spiaggia Grande.

Travelling east along Sardinia’s south coast, near the town of Teulada and its marina, is Tuerredda beach. One of the most beautiful on the island, it is a favourite with many locals, as well as visitors.

Following the spectacular coastline, the next beaches to visit are those of Chia. With protected sand dunes, expansive stretches of white sand and smaller bays, the beaches of Campana, Su Giudeu and Su Portu are of exceptional beauty. The rock formations in the bay of Cala Cipolla, a surfers’ haven in Chia, lend a prehistoric air to this beautiful stretch of wild, white sand. 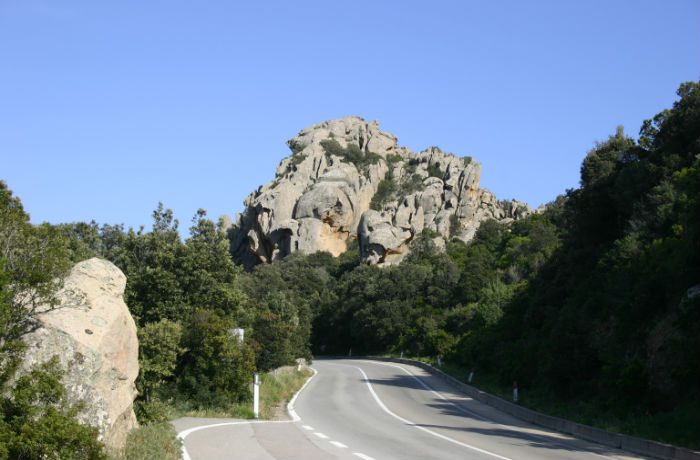 Due to its size and sparse population, Sardinian roads are quiet and comparatively traffic free. The experience of driving along the spectacular coastal roads from Alghero to Bosa or from Teulada to Chia during sundown, is uplifting. Even in the more remote places, there is always somewhere to stop for coffee or an aperitif, a trattoria or restaurant. Often these are small, family-run businesses, simple and non-ostentatious, with excellent food at reasonable prices.

Sardinia has a rich, ancient history, with many remains revealing its past. These include the symbol of Sardinia, nuraghi, of which there are over 7,000. Built over 3000 years ago, typical nuraghi are conical-shaped towers made of stones, often found in suggestive locations. 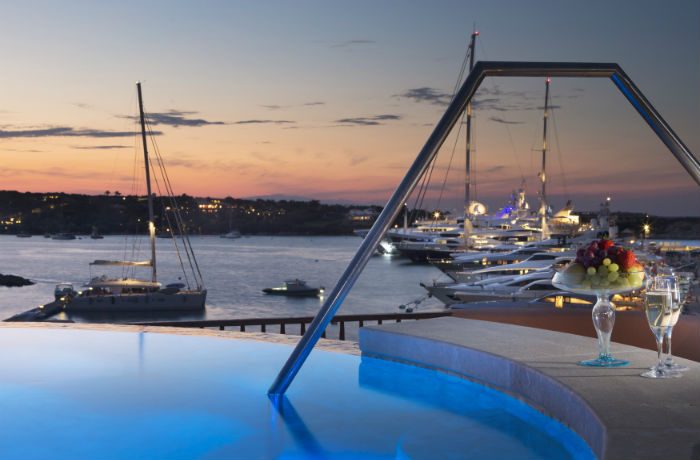 The Costa Smeralda on the northeast coast of Sardinia continues to attract celebrities, oligarchs, presidents, royals and tycoons of all nationalities, with Olbia airport at certain times of the season having the highest traffic of private jets in the world. Beautiful villas, yachts, designer boutiques, fine dining and a vibrant nightlife in a stunning natural setting make it a perfect destination.

Porto Cervo is the beating heart of the Costa Smeralda, where L’e Marquis has an excellent collection of hotels, villas and restaurants to recommend, as well as the renowned Pevero Golf Club and Yacht Club Costa Smeralda.

Have a look at these, and the Pevero Golf Club. 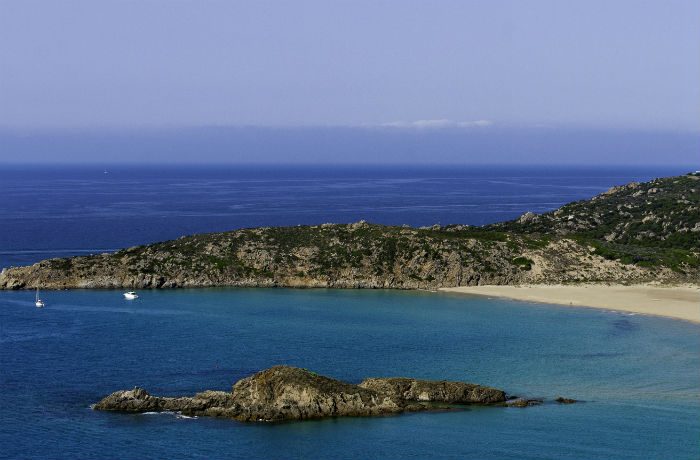 There are several areas in Sardinia that, without being the Costa Smeralda, provide a similar quality of experience during the season. The spectacular coastlines of Villasimius and Costa Rei in southeast Sardinia, and Chia and Teulada in the southwest, are destinations that are growing in popularity as they are discovered. Caribbean-like beaches and excellent services and facilities mean guests can enjoy luxury and explore new areas of the island.

L’e Marquis has a selection of the finest hotels and villas on the south coast, to expertly guide our customers and ensure the most gratifying experience. Beach bars, restaurants and nightspots are also presented, as well as golf clubs, spas and leisure activities.

Have a look at this property, and the Is Molas Golf Club. 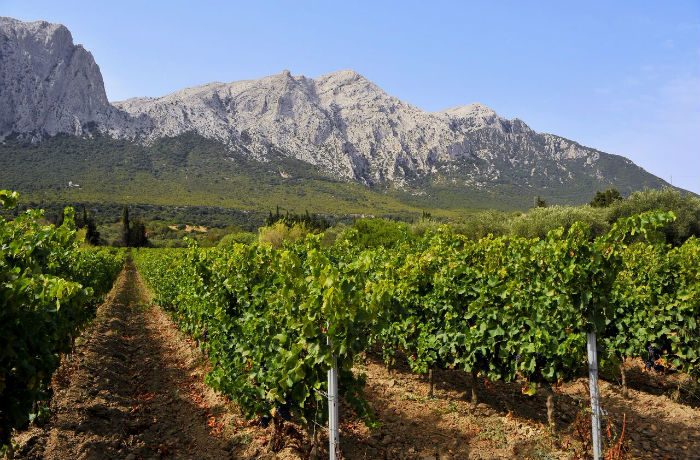 Cannonau is the wine synonymous with Sardinia. The grape is grown all over this island, a special variety of what is generally known as grenache, producing explosive, potent wines. The great majority of the vineyards, and the highest-quality wines, are produced in a triangle that stretches along an idyllic coastline from Orosei to Bari Sardo, and then into the wild mountainous interiors as far as Atzara.

There is a centuries-old tradition here of pretty much everyone, from farmers, shepherds and olive growers owning small plots of vines, cultivating them and making wine at home for family consumption. Things changed in the 1950s with the appearance of the Cantina Sociale, grouping together several hundred winemakers. What is happening now is the emergence of a new generation of independent winemakers, creating larger vineyards and concentrating on making quality wine.

Sardinia’s terroir is perfect for wine production, with the combination of hills and plains, coastal regions and inland areas offering useful diversity of topography and mesoclimates. To further these benefits, the available soils and bedrocks vary from granite, limestone and sandstone to mineral-rich clays and free-draining sands and gravels.

Have a look at Vigne Surrau and Cantina di Oliena. 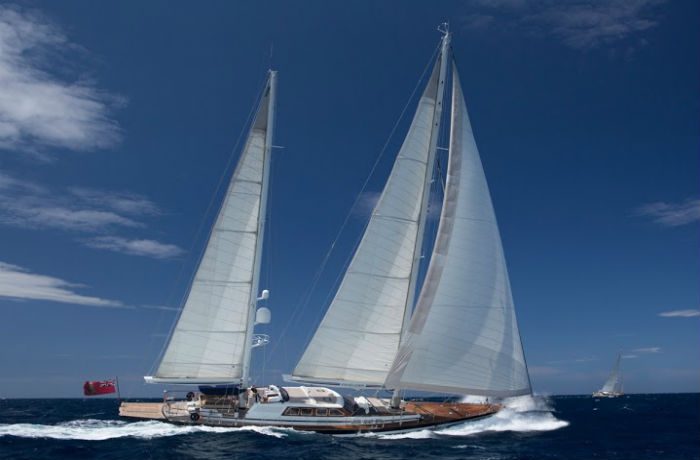 The Yacht Club Costa Smeralda was founded by H.H. the Aga Khan in the 1960s as a non-profit making sporting association for fellow sailing enthusiasts and with a view to promoting related activities. The sporting events organised by the Club and the victories won by members flying the Club’s burgee have helped to establish the YCCS’ position at the forefront of international yachting. Today the YCCS enjoys reciprocal agreements with the Yacht Club di Monaco and the New York Yacht Club. The YCCS currently organises a range of superyacht regattas as well as World and European Championships, including the Audi European Championship Melges 32, the Rolex Swan Cup, as well as newer superyacht events such as the Loro Piana Superyacht Regatta.

L’e Marquis will be happy to organise a yacht charter with special itineraries for a day or longer. Have a look here. 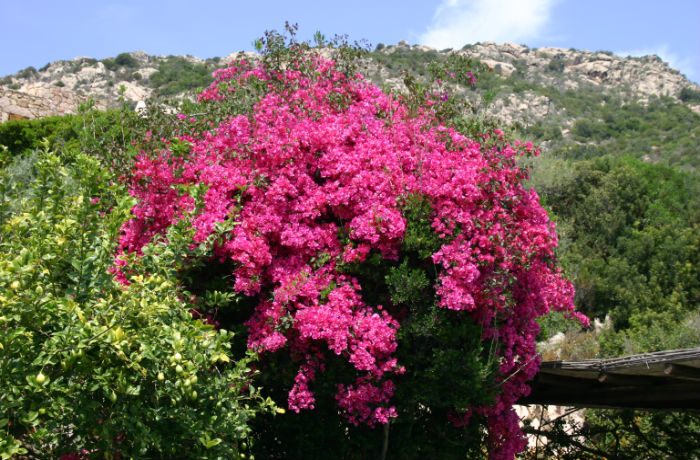 Unspoiled natural areas and abundant species of wildlife make Sardinia a heavenly place to be for anyone who enjoys the great outdoors. The island’s out of the way location also creates ideal habitat conditions for its indigenous plants and animals. In Sardinia it is nature, not people, that holds sway over the landscape.

Sardinians have a deeply rooted awareness of the importance of living in harmony with nature have combined to produce an environmental awareness that is unmatched in the Mediterranean region.

The maquis spreads its evocative scent practically everywhere in Sardinia and in spring weaves a blanket of brightly coloured blossoms across the entire island. During the summer months, the spicy scent of lavender, thyme, myrtle and rosemary emanating from it is particularly aromatic. Maquis vegetation, which usually starts quite close to Sardinia’s idyllic beaches, covers the island’s hills and mountains with mastic trees, laurel, Arbutus, Smilax, broom and Cistus, while lushly blooming oleander bushes dot the landscape with brilliant colour.

Along the coast can be found juniper, cluster pine and Aleppo pine, all of which are home to numerous species of bird. The Sardinians call the flamingos that strut about the various lagoons “sa gente arrubia” or “the rose coloured folk.”